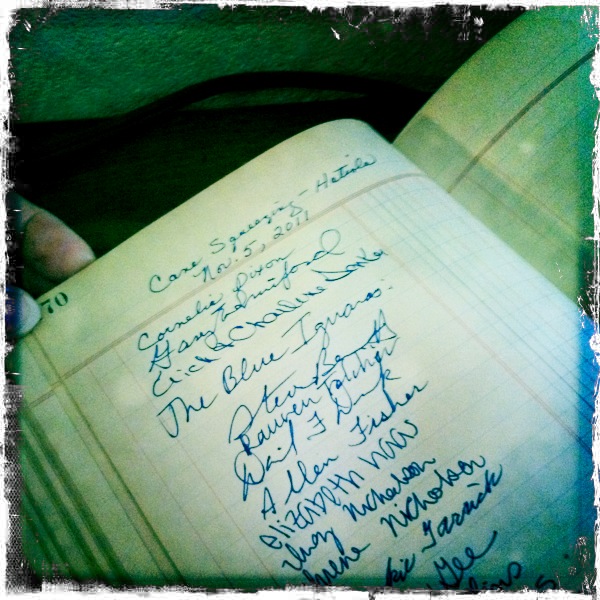 It’s pretty rare to have an opportunity to do something you’ve never done and a Saturday with no plans. That’s just what happened to us on Saturday. There was no soccer, no to-do list, no house project. Just an invitation to join friends at a cane squeezing at Hatiola Hunt Club somewhere deep in Barnwell County. 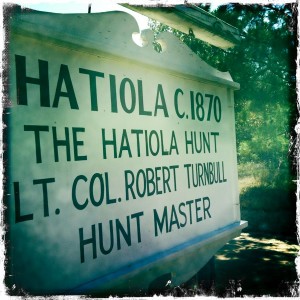 What’s a cane squeezing you ask? No need to be embarrassed. I didn’t know what it was either. So I googled it and found this.

Armed with some background and the invitation from friend and hunt club member, Andy Riley, we were off. It was just about an hour or so from home, but you’d think we were hours away. The kids marveled at horses and cows. And noticed there were very few houses. But one of the most interesting sights on the drive was the cotton. 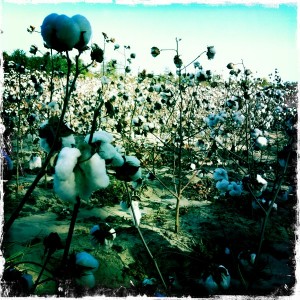 We passed field after field. Pure white soft puffs looking oddly out of place on dead-looking twigs. We were even thrilled to catch a glimpse of cotton being harvested. I could have watched that for hours, I think. Ready-to-harvest fields, old machinery, endless rows of cotton. So un-digital. So un-modern. So wonderful. 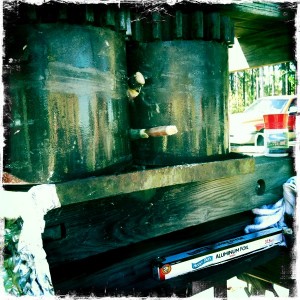 When we arrived at Hatiola, an old homestead/hunt club/setting for grown men to tell their tall tales and cook to their hearts’ content, we saw the draft horses turning the ancient press. Inside the horse’s path, one person pushed stalks of sugar cane between two giant wheels. As the horse slowly ambled around the circle, all the sugar was pressed from the stalk leaving behind a stringy snake-skin looking husk. 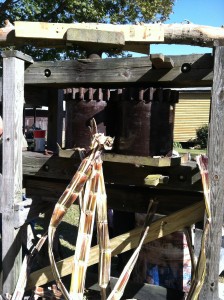 I asked Andy what they did with the liquid since it all seemed so purposeful and important. He laughed and said they’d tried to make syrup, then rum. Now they just try to give it away.

It was a perfect southern Saturday. The sun was warm even though the wind had a bite. The whole day yawned before us. The Gamecocks hadn’t yet lost to Arkansas. A live bluegrass band, The Blue Iguanas, provided the perfect soundtrack. 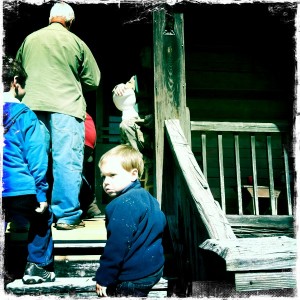 After a few announcements, lunch was served. We wound our way up the rickety front steps and were asked to sign the official register. Based on the number of pages already signed, generations of friends and family have enjoyed the cane squeezing before us. Then we saw lunch. In the hallway on table after table, lay every variation of every Sunday casserole you could ever imagine. Andy had already assured us the main course was the best “effa’” chicken bog. I assure you, he is right. 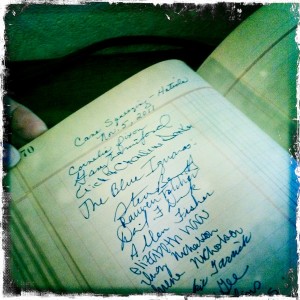 We loaded up our plates and headed back out to enjoy lunch al fresco while shooing off a flock of very well behaved hunting dogs and the yellow jackets who by now had figured out there was good stuff to be had.

Later, we enjoyed a ride through the property in the back of Andy’s pick up truck. We stopped twice. Once so the kids could climb all over Andy’s deer stand or “treehouse” as they dubbed it. Then again a bit later so the kids could take a close look at the cotton and pick a puff or two to bring home as a souvenir. It was a fun, adventurous day. 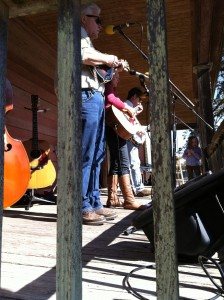 Andy said we were welcome to come back next year since we didn’t do anything to get barred from the property (which has apparently happened a few times). I am so grateful. There was a whole historical discussion on the back porch I missed. There must be so much to show and tell in a house that storied. And to hear it told in person is a treasure in itself.

I started the day thinking the cane squeezing was all for show. Just something they’d always done. But later on I realized that it’s the most important part of the day.

It’s the reason for the celebration. The squeeze draws long-time friends together. It draws children, families and new friends from miles and hours away. It’s a slow kind of easy that’s absent in most of what we do today.

And to think it all came to be because we had nothing to do on a Saturday. I think we need to free more Saturdays. Days like the one we had at Hatiola Hunt Club fill in the holes left by the grind of everyday life.

Something everyone could use more of.